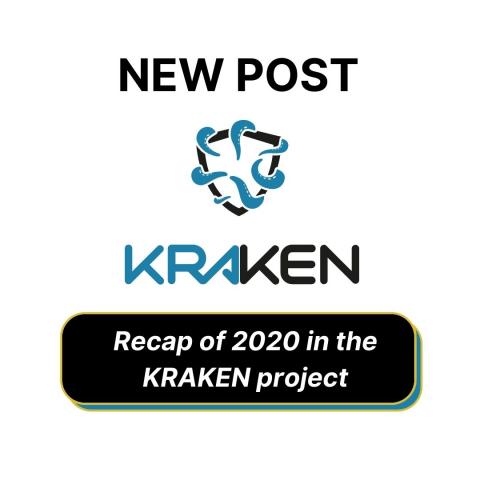 In December 2019 we began the three-year EU Horizon 2020 funded project, KRAKEN. In KRAKEN, a consortium of 12 companies is developing a marketplace for personal data with a special focus on two pilot sectors: healthcare and education. With the close of the first full year into this innovation project, consortium member TX – Tomorrow Explored has provided an update on the progress of the marketplace pillar to date.

The marketplace being developed in KRAKEN promises to facilitate the sharing of potentially sensitive personal data by ensuring the preservation of privacy, enabling value creation from personal data. The KRAKEN marketplace will connect data subjects and organisations holding aggregated datasets on large populations with organisations or institutions needing more data for research and innovation, while respecting the privacy of the data subjects. The data shared may be personal in nature or it can consist of special categories of data.

The marketplace will be tested in two initial pilot sectors: healthcare and education. The healthcare pilot will realise a GDPR-compliant infrastructure for the sharing of biomedical and wellbeing data by individuals and public or private organisations with interested third parties in exchange for economic value. Data sharing and monetisation will primarily involve health and wellbeing real-world data recorded by mobile apps and other wearable devices; and personal health records from healthcare facilities. In the education pilot, data trading will involve the vast amounts of data that are generated by the education ecosystem, including certifications, credentials, career paths, courses attended, qualifications, and enrolment status.

The project involves integrating various technological components brought to the project by the consortium partners:

The initial integrations between these technologies have already begun as a result of work in 2020.